You are here: Home / Uncategorized / Riding The Twitter Link Waves 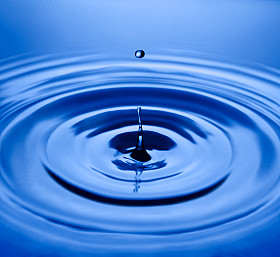 Author’s note: since this column is old, the search links within it will most likely not produce the same results they did when this was originally written. However, I’m leaving the links intact, as this helps illustrate the fleeting nature of social shares, and the importance and permanence of web pages. Social search results via Google are fluid. What showed 57 results 6 years ago will likely show zero today. Make sure to check out my link building strategies, tactics, and videos while you’re here. I’m sure you will find them helpful.

Over at SearchEngineLand is an article of mine written on March 31, 2009, titled Twitter: Incredibly Valuable Or Utterly Useless As A Link Building Tool? .

In the article I wrote:

“Where I see the real value in Twitter as a link building tool is in recognizing that many people who use Twitter have influence in very specific subject areas. If I’m announcing a niche health related web site, I can do a bit of research and quickly find which Twitter users are regularly tweeting similar health related URLs, and reach out to them…Twitter’s surface allure is about fame and followers, everything shiny and bright. Twitter’s deeper value, for those of us laboring away to constantly improve our search marketing campaigns, is about resource discovery and new links via a handful of experts behind the scenes, in the corners of the web most people ignore, but engines don’t.”

Let’s follow up with a live case study, using a newer article from SearchEngineLand titled

The above article was posted at 10:25am on June 16, 2009. Fourteen minutes after it posted, a Twitter user named @seomasterlist tweeted a link to it. (image below).

Waves and Echoes
Since seomasterlist has 1300+ followers, that means at least 1300 people had a chance to see and click that link to the article I wrote.

But this is just wave #1. In addition to @seomasterlist’s tweet, 40+ other Twitter users have tweeted or re-tweeted that link.

I like the analogy of tweets and re-tweets as waves and echoes, with waves being high follower influencials and echoes being less followed but still extremely important. See this Twitter search result list which will only be accurate for a few days or weeks after this post was written, and then decay over time.

Remember that over time the above search result will show LESS activity, not MORE, because Twitter search doesn’t archive and then grow that archive over time like Google does. In a beautifully ironic twist, as tweeted links age they vanish from Twitter search, and start being found by Google. Click this Google search.

Notice as of July 2006, Google is showing over 120 Twitter users have tweeted links to that article, Whereas Twitter shows  five.

Note among the Google results the variety and style of links, all ending up at that same article. You have to follow the result to the Tweet permalink, but what you’ll find is some links tweeted via a URL shortener, like this from @tweetingseo

Each of these links will deliver a clicker to my article. Think pass-along readership from the print world. But…remember not every tweet is seen by every one of your Twitter followers every time. When you are offline you don’t see my tweets, and when I’m offline I don’t see yours. By the time you log back in to Twitter, my tweet is likely off your list of current tweets, and may never be seen at all. You can’t click what you don’t see.

Still, here’s some Twitter math to illustrate the power of Twitter Link Waves. As of 2 days after the initial tweeted link to my article…

Total number of Twitter users who had a chance to see a link my article
52,270
(I removed my own followers keep this honest)

As for how many of those 52,270 people saw, clicked on, and read my Federate LinkBuilding article at SearchEngineLand, only the folks at SearchEngineLand can know for sure. What’s truly amazing is the speed with which links ride waves/skip through Twitter-space. It’s only been two days since I posted that article, and all because of Twitter, over 52,000 people had a chance to see it.

Follower Overlap and Co-followers
Remember this is just the Twitter users, and only those Twitter users who used the article title in their tweet text. Not everyone tweets an article title. Some just write “good article” and include a short-cut link, meaning I wont find those with a keyword search.

We also have to remember that within any vertical, follower overlap is higher. In other words, since my articles have a tendancy to get shared the most within the SEO/SEM industry, and since many folks in the SEO/SEM industry follow each other, I must assume that the 52,000 followers include a significant overlap.

For example, I follow 20 of the 41 people who tweeted my article link, so I would see that same link tweet 20 times. For the sake of argument let’s assume a 50% follower overlap. Even then over 25,000 people received that link.

See the image above in the earlier example. The Google result will, especially over time, give a far more accurate count than Twitter’s own search engine will.

What Does It All Mean?
You should be incorporating Twitter into your link sharing/building efforts, but don’t make the mistake of thinking Twitter is just a link broadcasting tool waiting for you to exploit it. There are very subtle aspects to Twitter which belie the 140 limit. Tweeted links can definately affect rank, but as much as Twitter is “new school”, proper use of it is very much “old school” in that you still need to identify and reach out to a key influncer on a one-to-one level. Twitter is simply a very cool tool that allows us to do this. You just have to know how to do so properly.