You are here: Home / Eric Ward in the News – Media Coverage, Interviews, and Quotes

Since my start on the web in 1994, my techniques have been written about in over 150 books, magazines, newsletters, and been on T.V. and radio shows. Here’s a Google Book search with some examples. The content and techniques I use have also been used as examples in college courses on Internet marketing, and included in University library Resource Guides.

Some examples are included below.

INspired INsider  – Audio interviews with entrepreneurs by Dr. Jeremy Weisz.  In this interview, Jeremy talks with Jay Steinfeld, founder of Blinds.com, who set up the original e-commerce site NoBrainerBlinds for $3000 in 1996 and has since grown the e-commerce company to over $200 million in annual revenue.  Jay He mentions Eric, Danny Sullivan and Nick Usborne as the mentors who helped him during the early years of his business. You can listen to the Podcast here (mp3), or via the INspired INsider iTunes channel.

My collection of columns, tutorial videos, and interviews is included in the Rutgers University Library – “Electronic Commerce: SEO Resources” by Ka-Neng Au

I was one of 23 online marketing professionals asked to contribute a chapter to the book Success Secrets of the Online Marketing Superstars. My chapter was titled “Let There Be Links: But What Kind?”

Guest on LINKARATI | The Backlink Show with Jon Ball: The Future of SEO and Link Building

I’m featured in Chapter eight of of the book the Ultimate Guide to Optimizing Your Website, by John Rognerud.

Optimize :How to Attract and Engage More Customers by Integrating SEO, Social Media, and Content Marketing. by Lee Odden (pg.188)

Third Edition – Search Engine Optimization: An Hour a Day by Jennifer Grappone and Gradiva Couzin is written for anyone who has a web site and has yet to embark on the time-consuming process of optimizing the site for search engines. Both authors are experienced SEOs, and the book reflects the systematic approach they’ve developed whenever working with a new client. Fully updated and expanded, Search Engine Optimization: An Hour a Day, Third Edition will help you raise your visibility on the Web.

2010
Social Media Metrics: How to Measure and Optimize Your Marketing Investment
By Jim Sterne

2010
Quoted extensively in the TechWorld magazine article:
The dark side of online marketing

Search Engine Optimization: An Hour a Day by Jennifer Grappone and Gradiva Couzin is written for anyone who has a web site and has yet to embark on the time-consuming process of optimizing the site for search engines. Both authors are experienced SEOs, and the book reflects the systematic approach they’ve developed whenever working with a new client.

Winter 2006
The eleventh edition of the Search Pulse has now been archived. We were able to discuss in detail about half of the topics I wanted. This week, we had on Eric Ward to discuss one of the most discussed topics of the week, a Google blog post on link building.

Information posted as part of my web development work in 1996 expanded and relaunched as Search Engine Watch on June 9, 1997. It rapidly drew more attention and traffic, in no small part due to Eric Ward‘s fantastic way of getting news around.

To some SEOs and Webmasters, there is no wrong way, of course; whatever brings people to your site and visibility to your page is worth trying. But search marketing consultant Eric Ward doesnt agree. Ward specializes in consulting on link-building and link campaigns, and he says the pursuit of a quick ranking or traffic hit comes with the risk of a long, slow, painful penalty from the search engines if you get caught.

Fall 2004
My services and site were included in Business 2.0’s “Best Business Links on the Web”

Here’s what Steve said about me:
“There are only two services to which I can give unqualified recommendations. The first is NetPOST, Eric Ward’s service at www.netpost.com. Eric is the master of Web site launches. He gets results because he’s obsessive about it…”

My URLwire service was featured on page 244.

Spring 2003
The Publicity Handbook, New Edition: The Inside Scoop from More than 100 Journalists and PR Pros on How to Get Great Publicity Coverage
by David R. Yale

Summer/Fall 2002
Larry Chase wrote about my Netpost and URLwire services in both editions of his book “Essential Business Tactics for the Net”.  Here’s a quote from page 267.

“Eric Ward is the most respected in the field”

Spring 2002
“WebMama” Barbara Coll covered my services in her WebMama’s Journal Special Tools Issue (May 2002)
Here’s what she said:
“Eric Ward’s Link Building Services – Eric is the best at developing and executing a campaign to increase external links to a website. He also owns URLWIRE, a website announcement service, which I have used for clients.”

This brand new ebook features a truly unique marketing resource. 71 of The World’s Top Marketers have agreed to share the Most Effective Articles they ever wrote – and, in most cases, to comment on the background behind that effectiveness.  573 pages of ideas, tips and techniques.

Winter 2002
URLwire was featured in an article in marketingsherp’a ContentBiz newsletter.

Winter 2002
URLwire was featured in an article in the United Airlines Member magazine in January, 2002

I was invited to be one of the experts included in Promotion World’s Expert Interviews section.  I’m thrilled to be included with legends like Danny Sullivan in this section.

Read the interview here or if the original is still online it will be here.

c/net’s Builder.com site featured one of my how-to articles

In the November/December 2000 issue of Inc. magazine, there’s an article by Jim Sterne that covers my company and approach in great detail.  I am honored that Jim said about me: “Ward’s understanding of site publicity is unsurpassed… those who want the job done right by the best in the business flock to Ward and count themselves lucky that the maestro isn’t booked into the next millennium”. 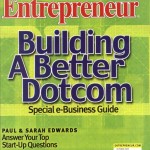 In the August 2000 issue of BUSINESS2.0, I’m mentioned and quoted in an article by Glenn Fleishman about paid Yahoo listings.

My services were recommended in an article in the new print and online magazine, BOB Interactive.

I was interviewed for this article in The Industry Standard: Getting the Right Spin: PR on the Net

The Internet has begun to change the art of public relations. If it cuts down on unsolicited phone calls, reporters will be forever grateful. By James Ledbetter and Bernhard Warner.

My services are discussed in the just released second edition of the book “101 Ways to Promote Your Web Site”. The first edition of the book sold over 13,000 copies. The second edition, which has recently hit the shelves, is filled with the latest Internet Marketing tips, tools, techniques and resources as well as seven new chapters.    You can view my site’s reference in Chapter 18 – Maximizing Media Relations on page 367.

I wrote the special center section for the book “Advertising on the Internet”.  Thanks to Robbin Zeff and Brad Aronson

I was interviewed for this ABC (national) radio program on search engines, by Chris Stamper, who wrote “The War on Spamdexing“. If the interview is gone you may be able to find it here.

ZD Internet magazine interviewed me for the article No Site Unseen, by Lori Piquet.

Many Web-years ago (1995), I received the Tenagra Award for Internet Marketing Excellence.Other winners of this award include names like Yahoo, Netscape, and FedEx. No other firm in the Internet awareness building business has won it except me, and I’m sort of proud that my small biz is now mentioned with the big boys from Netscape and Yahoo.

I was the Technical Editor for Tom Vassos/Macmillan Publishing’s Strategic Internet Marketing: “Proven strategies for successfully marketing your products and services”

In Steve O’Keefe’s book: Publicity on the Internet, my services are the first he recommends, and he covers them extensively.

Richard Seltzer includes me in his Internet WORLD magazine article, April, 1996. Pg.69: “HEADS UP – After you create your Web site, you need to let everyone know it’s there.”

Jim Sterne sings my praises, and I didn’t even have to pay him, in his excellent book: World Wide Web Marketing:  “Integrating the Internet into Your Marketing Strategy”

If you want to know all the boring details of how I ended up in this business, read this interview from Netrageous Results magazine (Thanks to Jim and Audri Lanford)

The late Ivan Weltman from the esteemed TUDOGS said

“Eric is well know at conferences and in professional news groups for his consistent philosophy of ‘Do It By Hand’. Every news release he sends out is individually written and addressed, geared to the needs of the journalist and his/her audience. It has paid off for Eric, for the fortunate few he accepts as clients, and for the journalists who rate Eric as one of their most important contacts”.

Older press coverage, interviews, publications and places that have covered and recommended my services: