You are here: Home / Uncategorized / Best Practices for Feeling Sorry for Yourself 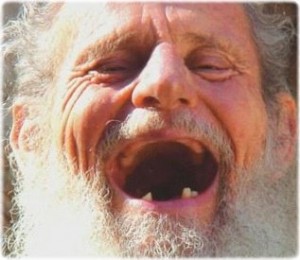 Over at Outspoken there was a firestorm over Lisa Barone’s post It’s Not the Recession, You Just Suck

Another perk of being a gray-beard in this biz is watching the younger crowd earn their stripes as the years go by. Even though I really don’t know these folks, I look at them from a distance, follow them, comment on their blogs from time to time, and oddly take great pride when one of them becomes as successful as I thought they would back when I first met them, when they might not have known if they were going to make it big or not.

Rae Hoffman is a perfect example. I had been speaking at conferences for many years and then she happened to be on a panel with me. I don’t remember the particular conference, as I’ve done over 100, and I don’t remember who else was on that panel. What I remember was Rae knew her shit cold. Smart as hell, fearless, willing to speak up. I remember her saying she was glad to be on that panel with me and then thinking to myself I should be thanking her. I also remember thinking to myself that she was going to be a force in the industry, and soon. I so much love being right.

…a few of them might do what I did ten years ago and say “you know what? I want more. And I CAN get it…”

Yes, indeed you can. Long before Mike Grehan and Greg Boser and Debra Mastaler decided my new SEO handle was LinkMoses, which was circa 2002, a full decade earlier in 1991, I lost my job when my division was sold to Time Inc., and my boss informed me I was not a part of the “new organization.” The economy was in a recession (you thought this one was the first one?), and I spent three months in a funk before I realized nobody was going to rescue my sorry ass. I did what Rae said. I decided “I want more” and got up and did something. You all know the rest of the story.

So take everything Lisa and Rae said, put it in ALL CAPS and multiply it by 10. Then it will be perfect.

Nobody and I mean n-o-b-o-d-y gives a shit about your future enough to put your faith in them. We are all free agents, and like it or not; you cannot hide your weak-ass game for long in this industry. After 14 years at this, I could easily just phone it in. Sit on the porch with a blunt listening to the best band nobody’s heard of (on 8-track). Hell, I’ve earned it. Fuck that Twitter shit and why the hell do I need a blog? I’m freaking Link-Moses.

The unique thing about our particular industry is how it’s still in its infancy, and nobody is such an expert at any aspect of it that they can stop learning. At the same time, it’s all right there for the taking, if you want it, and are willing to learn it, and then earn it.