You are here: Home / Uncategorized / What The Three Stooges Can Teach Us About Links – The Curly Theory of Link Building

What The Three Stooges Can Teach Us About Links, aka The Curly Theory of Link Building 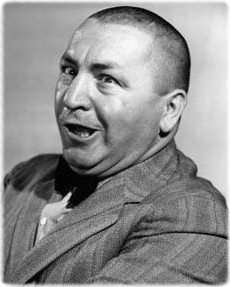 I read today about how all three major search engines have removed the Geocities.com domain from their search indices. A site:geocities.com search on Google, Yahoo, or Bing shows that, as Matt McGhee illustrates here, geocities.com is “dead and buried”.

Once upon a time, in 2001, back in the day, I spent hours and hours seeking links from Geocities sites on behalf of clients. It wasn’t for rank, it was for subject affinity. I remember doing a project for AMCTV.com, the cable network who also had a great website. They had launched a new section on their site devoted to the Three Stooges, as the online companion to the TV broadcasts of the Three Stooges they were showing every day.

They also had a contest to win a year supply of pies.

This period of time was also when I first started thinking about the true verticality of the web. The “Curly Theory” of link building was one of the theories that emerged. I’ve joked about it and never actually discussed it in writing, but the news of Geocities’ passing made me misty, so indulge me.

The “Curly Theory” of link building is based on my discovery that even something as seemingly vertical as The Three Stooges was not vertical enough. You had to go even more vertical. Three Stooges fan pages of course, but there were sites devoted just to specific Stooges, like Curly, Moe, Larry, or even Shemp. Yes, Shemp.

But even that discovery was not vertical enough. It seems that within the realm of Three Stooges fans, you even had sites devoted to the different Curly’s that appeared.

Discussions of Curly could incite a “flame war”, depending on where your Curly loyalties lay. If you liked Curly over Curly-Joe and were going to say so, you’d better be able to explain why.

While all these sites were great link targets and many would end up earning AMCTV.com a link, I was struck by the desire people had to be heard. Geocities gave them a platform, even if it was to put forth 33 reasons why Curly Joe would never be as good as Curly.

Hence the “Curly Theory” of link building: No matter how narrow the vertical, somebody somewhere cares about it, writes about it, links to it, and you’d darn sure better recognize and respect those editorial passions before you go asking for a link to something that may look like a match, but isn’t.